October 29, 2015   Sarah’s having her first UofU heart biopsy and cath this morning. She was a little nervous, but so far the experience has been much warmer, kinder, and better than we had anticipated. Praying for good results. But if not, then the ability to accept them with faith and courage. ♡

That’s what I sent out to our extended family the morning of her biopsy. Sarah suspected things weren’t quite right, but we had no idea things were…so bad. Here was the follow-up post later that day.

Sarah’s numbers from the cath indicate rejection. We don’t know what kind (cellular or antibody induced) yet, but they want to get treatment started right away. Checked into the University Med Ctr for a few days for high doses of steroids. We’ll get biopsy results later today and make a more complete plan. We’re disappointed, but very pleased with her doctors. Dr.Omar said in broken English, “Do not cry….. We will get you better.”

The following day, after we had a little better idea of what was going on, I updated our “Primary Children’s Heart Transplant Family” on Facebook with this post: 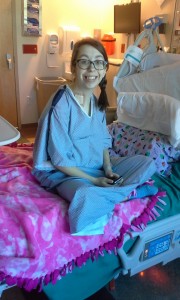 October 30, 2015   So, we came to the U for biopsy and clinic yesterday and ended up here. For a few days. Severe cellular rejection is the villain, Dr. Omar is our new hero. Still waiting for DSA and antibody mediated rejection results. Sporting a new PICC line, a lovely super-sized gown, and growing roid cheeks. Also, lost 4 pounds of fluid overnight. Sarah’s smile is back!

And this one to explain a little better for our family:

Doctor said Sarah is responding well to the medicines. Another dose of thymoglobulin (the stuff that grabs and destroys antibodies) and IV steroids today, and another one tomorrow. Planning to keep up med changes (higher doses) through the weekend and do another echo next week to recheck progress. If everything looks good, they’ll discharge her. She’ll be in for another biopsy in two weeks to check rejection again. For now, she’s feeling good, happy, and doing well at the big kid hospital.

This is the post we made for the “world” on our personal Facebook pages. It was immediately flooded with comments of support, love, and prayers on her (and our) behalf. I’m constantly amazed at the brigade of soldiers we have standing ready to offer faith, service and love.

November 1, 2015   Thursday’s heart transplant clinic didn’t go as well as we had hoped. Sarah’s biopsy and exam showed severe cellular rejection. They checked her into the hospital and immediately began treatment. She has responded well and our experiences at the big kid hospital have been good. We’ll check tomorrow and see how things look and do a biopsy again in two weeks. Her awesome doctor expects a full recovery. Counting our blessings, trusting God, and holding each other tighter.

November 3, 2015   Today I’m grateful for the miracles of modern medicine. Five days ago, Sarah was checked into the hospital with labels like “severe rejection” and “acute heart failure” and today we’re taking her home. Without any IVs, oxygen, or medical equipment. Her heart is getting better and her body is no longer reacting so negatively to whatever set it off. So in a while, we take our sweetheart back home for a do-over with a truckload of medicines and hearts full of hope and gratitude. 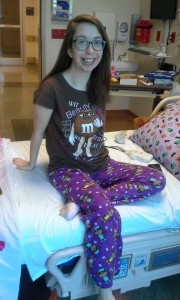 And our family’s message that same wonderful day:

Sarah’s going home! She’s got a bit to go before she’s all better, but definitely on the right track now. Going home today with a truckload of meds, but no oxygen, insulin or IVs. We’ll keep track of her at home in Idaho for a little while as she recovers and gets her strength back. She has another biopsy and re-check on the 12th. Thank you again for your love, faith and prayers. As Steve’s dad once said about Sarah’s journey, “Every day there’s a bump and a miracle.” Love you.

So we took her home and loved her. We helped get her back on the right track and get lots of rest while her heart continued to heal. She was back on most of her post-transplant meds from two and a half years ago, and her immune system was totally shot again. It really was kind of like starting over. A do-over. Only this time at home.
Here is the follow-up message we sent out and posted to let everyone know how she was doing following her next biopsy.

November 15, 2015   Just wanted to give a report of Sarah’s heart’s happiness level. She had another biopsy last Thursday. They found that the treatment was successful in helping to heal her rejection. It has changed from severe to moderate, an improvement we are very grateful for. They have decided to keep her on the increased doses of meds for the next month to continue this trend. They plan to do another biopsy in December, about a month from now. The doctor gave her permission to go back to school, where we hope she will be able to make up enough assignments to finish out the next 4 weeks of her semester successfully. We pray for this, as well as her good health in a more immunosuporessed lifestyle, continued healing of her heart, and of course, the intense gratitude we have for her new heart and second chance at life. ♡ Thank you so much for your love and prayers.

Since then, her rejection has slowly and steadily improved with each biopsy. In case you forgot what the numbers mean, C=cellular or needs medicine level changes and V=vascular, usually has something to do with antibodies, and is much harder to treat. Apparently, those two letter/number combos are unique to the Utah medical system. The scale goes from 1 to 5 (1 = 0, meaning none… no clue why). The ISHLT(-)R and pAMR(-) are numbers used internationally that show the overall rejection level. 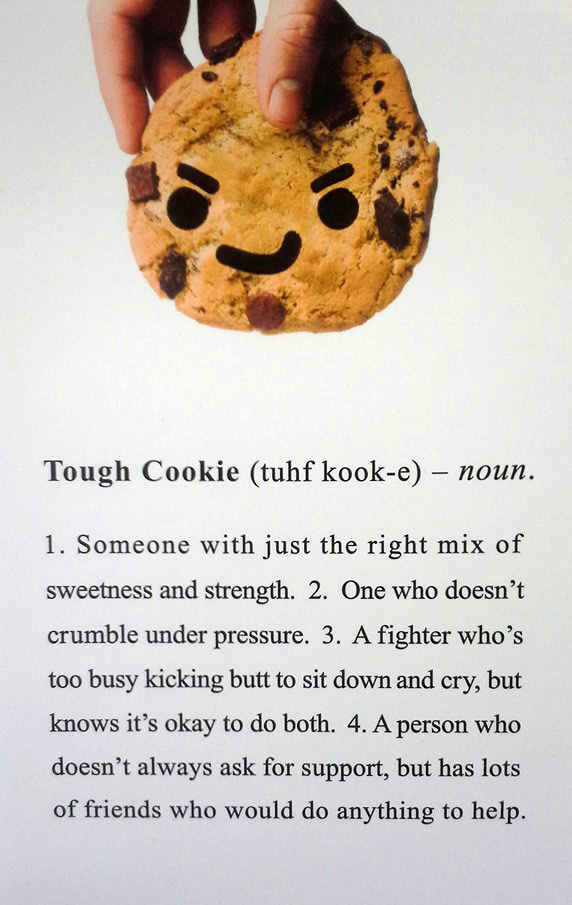 When looking at the October biopsy results, it’s no wonder they were using scary words like “severe cellular rejection” and “acute heart failure”. She was a very sick girl again. But, as you can see, the numbers keep going down–and each time they do, she’s closer to a clean biopsy, and a healthy happy heart. I’ve been looking back at some of her posts where there was rejection we were treating (November 2013 / January 2014 / June 2015) and realized that she’s at a point in her recovery that we can breathe much easier now. Perspective is everything. I was a little concerned yesterday when she told me that the transplant team decided to reduce her steroids and some of her anti-rejection meds (which means also take her off her other prophylactic meds she will no longer need on the lower doses). They also decided to wait two months this time for another biopsy. I wanted to see zeroes all the way across before they loosened the reigns. But now I realize it’s time to trust and allow the angels in white lab coats to work their magic. One thing I’ve learned through this experience is that the doctors and transplant team at the U really do know what they’re doing. She’s in very good hands here. They have earned our respect and gratitude. Dr. Omar was right. They did get her better.
~Julia
P.S.   In case you’re wondering, Sarah missed about 3 weeks of classes during the hospitalization and recovery period in October and November. She was able to make up work in a few of her classes, but had to medically withdraw from one, and take an incomplete in another. Her good grade in that class is frozen until she makes up some class and project time this semester and then she will earn the grade she deserves, instead of one that reflects three weeks of missed classes. The other one, she’ll have to re-do another semester. She’s back in school again for her 4th semester and looking for a job now, too.
Also, the most awesome thing happened with her recent procedures. The anesthesia she received on the first in October made her an emotional wreck. For the 2nd one, they used something else that made her super nauseous. The third time, her coordinator suggested that she just take a little Valium for her anxiety prior to her appointment and try the cath and biopsy without any anesthesia. It was amazing. She has done the last two that way, and comes out of the procedure happy, hungry (eating and drinking immediately), and wide awake. Don’t tell, but last time she recovered so quickly, we just “chilled” there together in her little recovery station and watched a show for a while to kill some time before her clinic appointment. 🙂 It’s awesome to see her courage, growth, and trust in the team that is caring for her. She truly is one tough cookie.