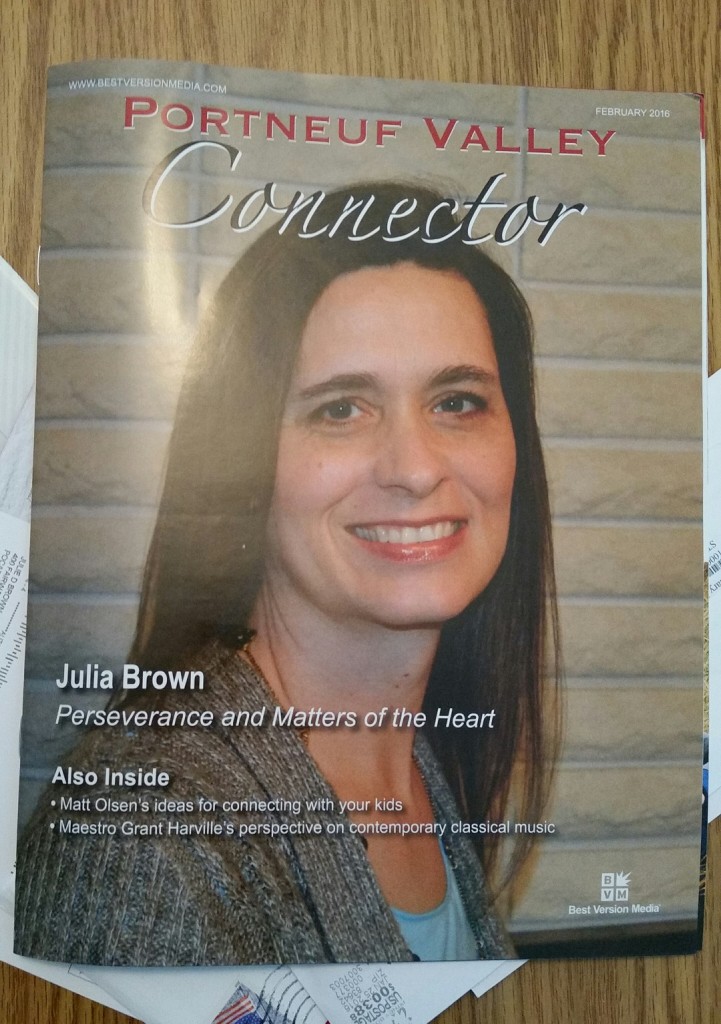 An opportunity to share our story came about again last November. Alaina, the editor of a monthly local magazine called Portneuf Valley Connector, attended church with us and kept track of our family during Sarah’s transplant. She contacted me and asked if I would be willing to write an article about perseverance for her January issue that would highlight a handful of suggested character traits to further develop in the new year. I have always enjoyed writing, and was happy to help her out. I was also excited about the opportunity to share our story and have something published that I wrote myself. When I finished my article, it was 3 times longer than the 500-word target she had given me. I edited it yet again and cut roughly 500 words out, but it lost so much of the emotion in our story that it just didn’t feel right anymore. Plus, it was still at least 400 words longer than would fit in the space she had saved for me. I submitted both versions and left it up to the editor. Alaina decided that my article needed to be published in its entirety and asked to run it as a feature article in February instead. I was really very humbled, but also very excited!! Being heart month, it was especially timely, and so cool to see in my mailbox when it finally came! (It was a little startling and unnerving to me that I ended up being the “Cover Girl”. I thought my picture was going to be a little square one at the bottom, like January’s had been. Uh, nope.) Since it’s a local magazine that only part of the Portneuf Valley gets to read, I asked for a digital version that I could share. So, here it is. My first published article. Three weeks later, it’s still a little surreal. But I think when I grow up, I’d very much like to be a writer. 🙂 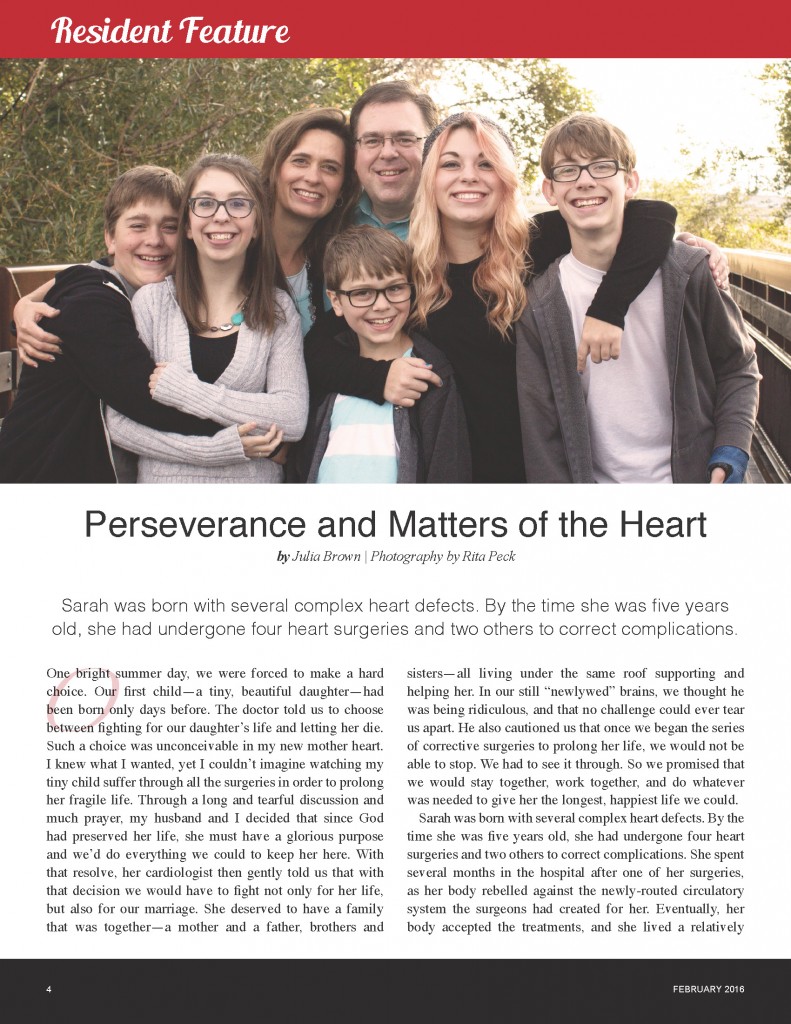 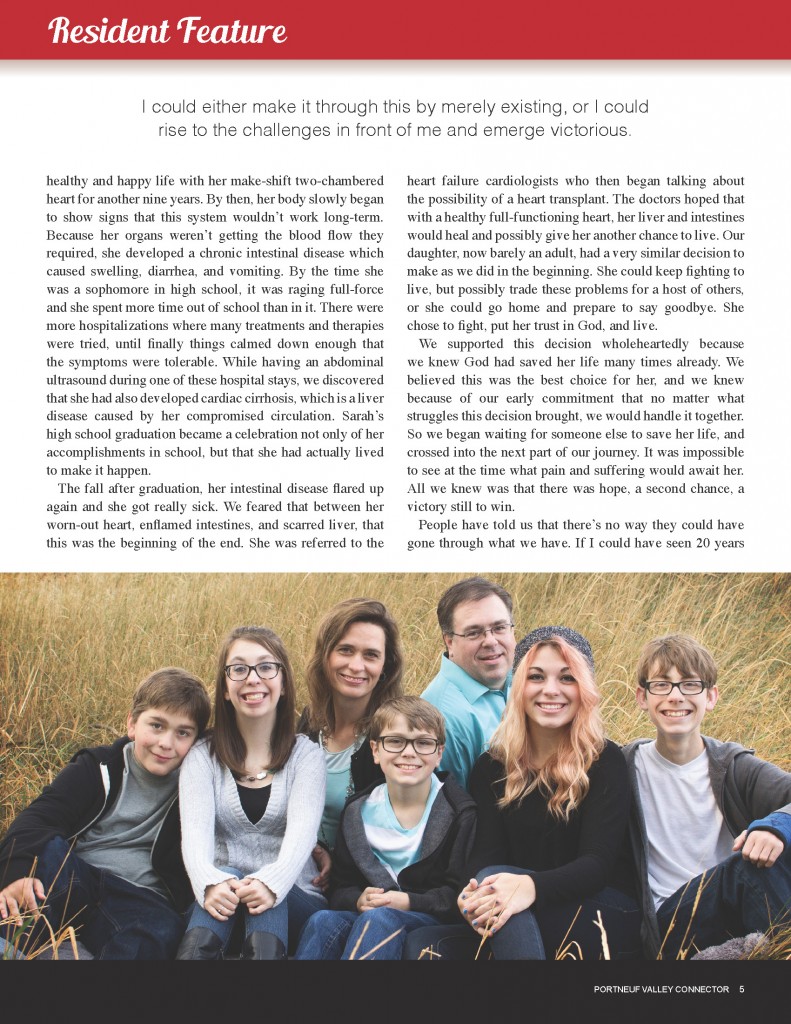 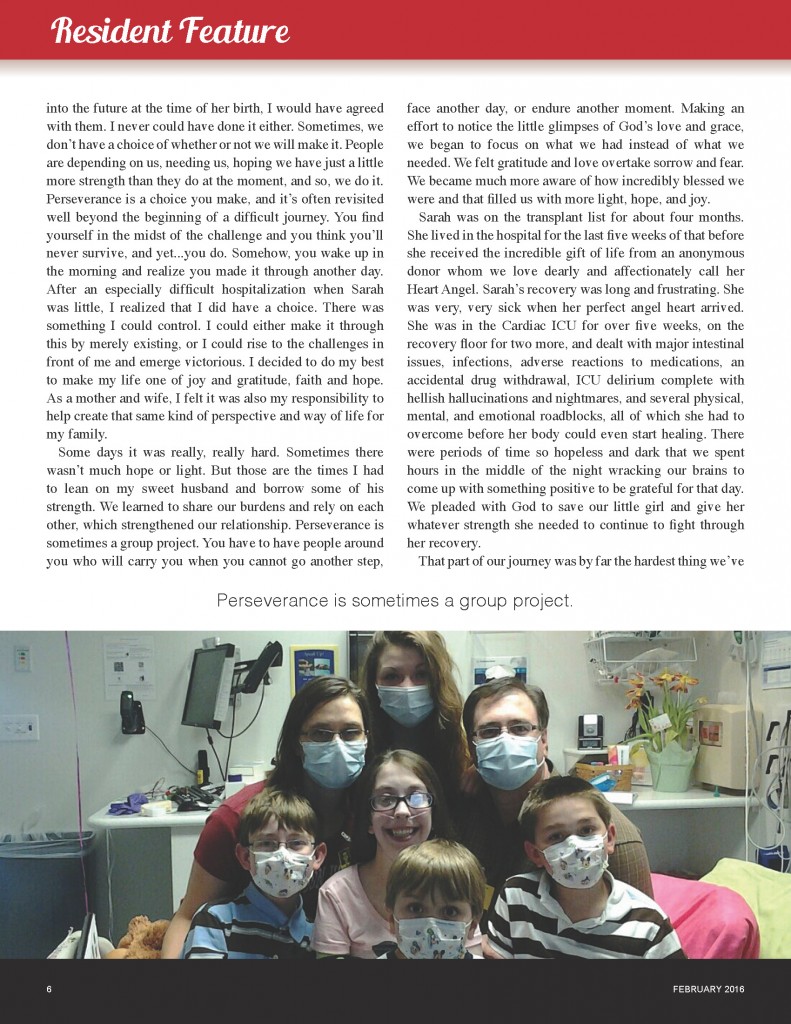 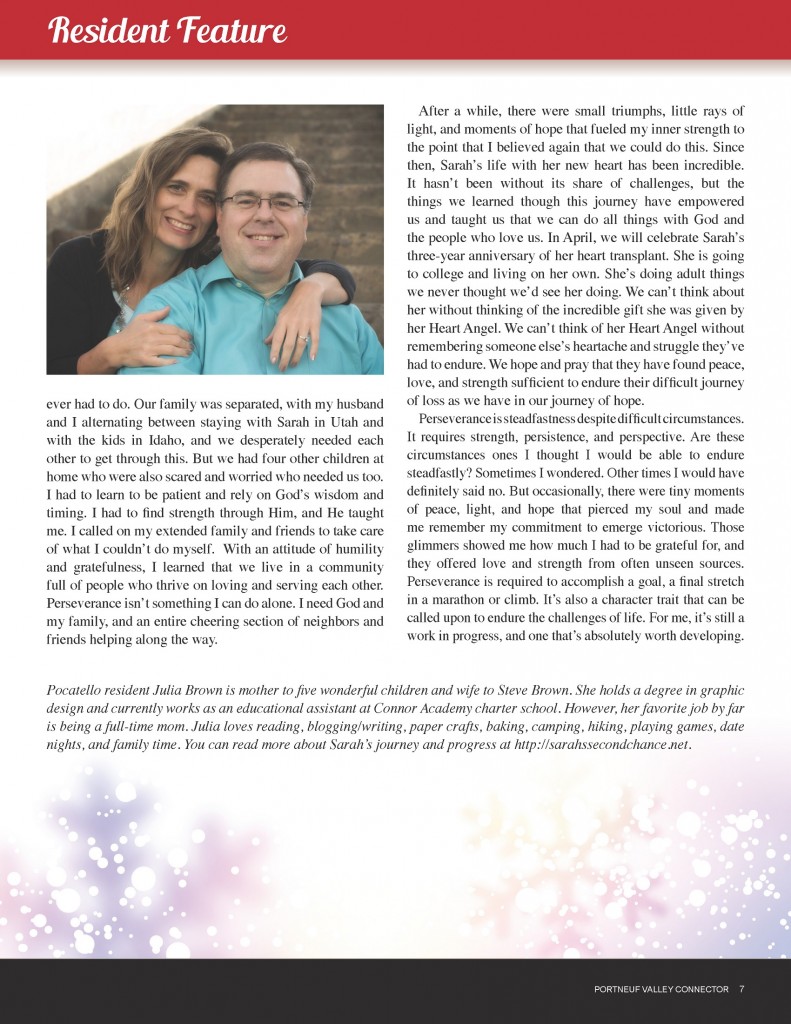