First, I have to apologize. I was working on a post last week but the pictures WOULD NOT work!! Grrr! I’ll get it up eventually. 🙂

Second, I have some news. Well, let’s start at the last phone call you guys read about. That was the call we got during our California trip…that was a “fun” day… So the University Heart doc called saying that they were not comfortable about doing a heart transplant without the liver, too. 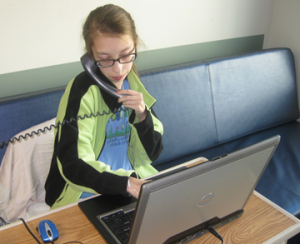 So after we got back, I had a liver biopsy done. It went well…after we waited for. like, four hours after my appointment time! Okay, it wasn’t that long, but I had been NPO (I can’t eat/drink anything) since that morning. Sorry, off topic. We came home and played the waiting game some more. A week after the test was done, I got a call from a nurse saying that the sample was insufficient. (Which makes no sense…the doctor who did it was very confident.) We went back down, got ready to do it….only to be going home about ten minutes later because Doctor Kim (the liver surgeon at the University) didn’t feel comfortable in doing it because there was so much fluid in my belly…I was super swollen. I called Dr. Yetman to see if I could come in for a tune-up and while I was already there, just do the biopsy too. I guess it’s true what they say, “third time’s the charm.” After those results came in, the liver docs decided that my liver didn’t have the kind of scarring on it that they thought…either way, it wasn’t sick enough to transplant. So now we are working with just the heart teams (at Primary’s and the University). Liver is totally out of the picture now!

A couple weeks ago, the heart teams were going to meet and discuss my case. This meeting was going to decide how soon I can get listed.  I got a call later that evening. “The surgeon was in surgery and was unable to make it to the meeting. We are going to try again next week.” The week happened and I got a call from Dr. Everett. She told me that for the majority of the meeting was spent going over my anatomy and the complexity of it. By the end of it, the surgeons at the University were not at all comfortable in even pretending they have a clue about my insides. So, last week was the meeting with the Primary Children’s heart team only! They met with the surgeons, who were used to post-fontan patient surgeries, and decided if we could just do everything there….(the transplant, recovery, biopsies, follow-ups). I got another call on Wednesday or Thursday from Dr. Everett’s nurse. They have decided to move forward!!!! Hooray!! I have to go down for a check-up, post-transplant education, redo some old blood tests, and a couple small things after the holidays. After we do that, the doctors will send a request to the insurance (so we don’t have to pay for it). It takes a couple weeks to get an answer, but as soon as they hear back, I’M GOING TO BE LISTED FOR A HEART TRANSPLANT!!!!!!!!!!

I am so overwhelmed. Joy, happiness, gratitude, anxiety, and so much more I don’t know if I can name them all…. I just wanted to thank you all for your prayers, texts, phone calls, hugs, and even the stuff you did for me that I didn’t notice. Thank you all so much for your support and love. I love you all soo much. I hope you have a fantastic Sunday and Merry Christmas to you and your families!!! 😀

I swear the drive to and from Primary Children’s gets shorter and shorter every time we drive it! I’m not sure if that’s a good thing or not…. Things have been so crazy around here. I can’t believe Christmas is in just a little over a week! :0) So many things have happened since the last time I blogged. Let’s see….there was the Radio-athon, two trips for “tune-ups”, California, and all the doctor updates. I’ll start with the Radio-athon and get to the others later.

In October (maybe…), my dad’s friend Neal asked me and Dad come to Idaho Falls to participate in the Miracle Network Radio-a-thon for Primary Childrens Hospital. It was the first time that his work, Rich Broadcasting, had done this up here in Idaho. It was a great success. That was a wonderful experience. I got to meet some really nice people, tell my story, and be told I have a great “radio voice.” Here are some  pictures we took there.