Skip to content
Hi everyone! Life has been absolute craziness lately. I finished the semester with strong grades, great friends, and a very tired brain. School is hard but sooo worth it! I’ve already signed up for my next semester classes. I’m pretty excited for my classes. I’m finally done with all the basics so now I only have design classes! Hooray and bring on the stress!
I’ve also been really busy with my friends. We’re always doing something together! It’s been fun. I love them all so much. I’ve posted several of our adventures on my Instagram but I figured I should do a baby (okay…maybe not so baby) photo dump here. I know…photo dumps are your favoritest thing ever! Haha! As always, I’ll post pictures, the caption, and maybe a little background on what’s going on in the picture. Ready? Let’s go!! 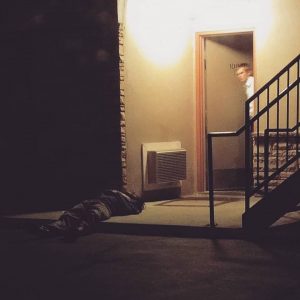 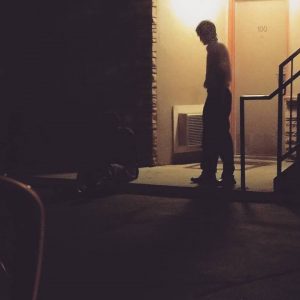 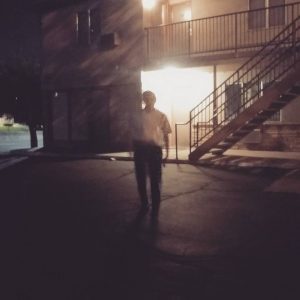 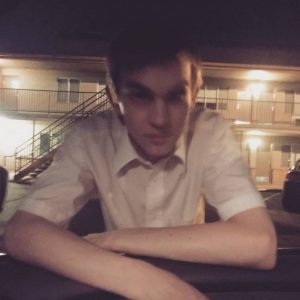 Oh the joys of living in Downtown Salt Lake….
Heidi was driving us home this morning at 1ish but we had to drop off Eli. We pulled into the parking lot at the lodge (boys student housing) and saw a dead body. Ashley started freaking, Heidi and I both lost it to laughter, and Eli said to drop him off on the other end of the complex. We called Ben to take care of it…and Heidi turned the van around so we could take pictures of this event.Ben peaked out of his room and calmly took care of the situation. Then he walked over to the van and climbed in. We are still chatting away… Now it’s almost 2 in the morning.
Thanks. Mr. Hobo for the extra bonding time with friends. 😘❤
Edit: It wasn’t an actual dead body. He was just sleepy… Apparently the sidewalk at the lodge is a comfy place. 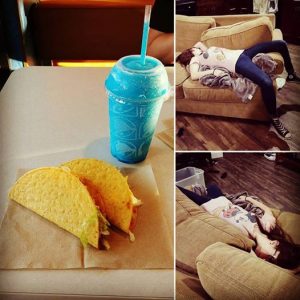 Last night I unintentionally crashed on Heidi’s couch…literally. I woke up about 2ish this morning, sat up, and started laughing. I really wanted Taco Bell!!! I looked around, still really groggy and noticed the lights were off. Heidi was in her bed and Ashley was asleep on the other side of the couch – both dead to the world. I layed back down on my “spot” of the couch and went back to sleep.

Flash toward to later today. “Guys, I want Taco Bell. I dreamed about it and now I have to go eat it.” We went to Walmart to replace our Oreos and Lemonade we ate a few days ago. (Brad bought them last weekend but we ate them and I promised I’d buy new ones.) So, after that adventure we went to Taco Bell! My dreams have been satisfied and my tummy is mad. Hooray for good friends! 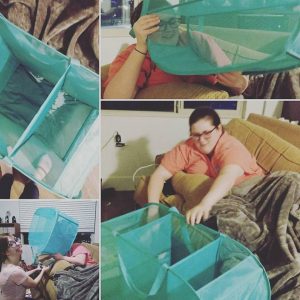 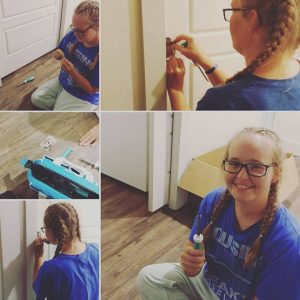 “All you need is someone who joins in on your weirdness.” – Unknown. Adventures, shenanigans, and laughter never ends with these girls!

Sometime yesterday, Ashley dumped some laundry soap into the laundry basket. Heidi asked how we’re going to get it out. “We’re going to sift it through the holes in the side!” says Ash. So, there we were, sifting it back into the box! Dispite the mess on the floor, I’m honestly suprized how well it worked!

A few hours later, Ashley somehow manages to lock the bathroom door….from the outside! I really have to pee, so I’m in the corner doing a dance and laughing hysterically. Heidi grabs her cute little tool kit and takes the latching thing off of the door. “Meh, I’ll put it back together tomorrow.” Now we have a rule that if the door is shut, we cant go in because that means someone is in there. Haha!!

These girls mean the world to me! I seriously don’t know what I’d do without them. They make me laugh, forget my sorrows, and make me feel loved! Sure love you Hyds and Ash! 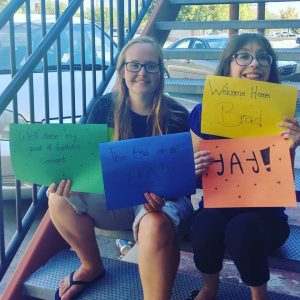 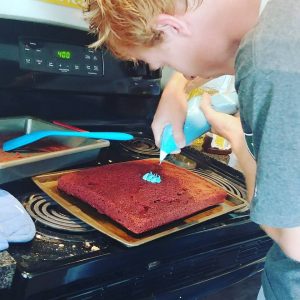 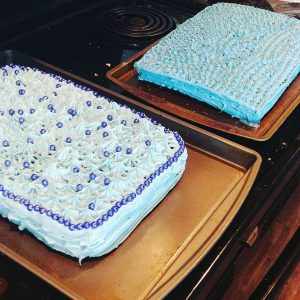 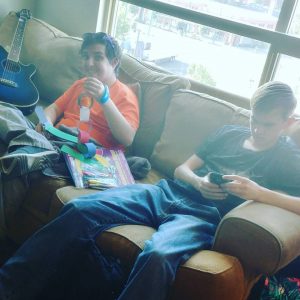 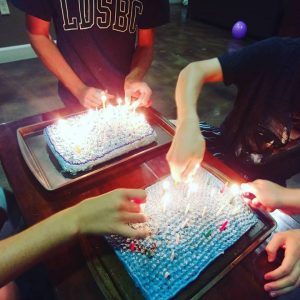 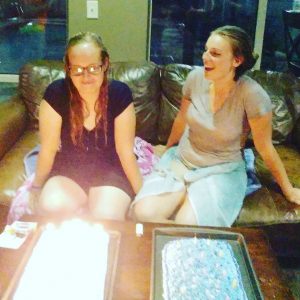 Oh what a marvelous day. Brad’s home!!! He’s done with EFY for the summer. Man, I’ve missed him! Heidi and I surprised him at his apartment with “welcome home” signs – like a missionary. I couldn’t tell if he was embarrassed or flattered…. Maybe a bit of both.
Heidi and Angela have birthdays about a weekish apart so Brad and I planned a fun party for them. I made the cakes last night so when Brad got home, they’d be cool enough to frost. We worked on that, Angela made pizzas, and the other boys worked on decorations.Once again, I managed to swim in my street clothes. I had brought my swimming suit and had already been done with the water for the night. Obviously I was wrong because about 10 minutes before it closed, Brad (who had claimed to be done swimming too), Heidi, and I all jumped in. It was cold and I didn’t want to face the air outside of the pool. Totally worth it though.
There were lots of laughs, meaningful talks, friendships strengthened, and memories made. I say this a lot, but I am so grateful for my friends. If be so lost without them!! 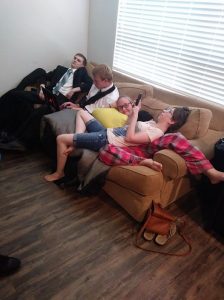 This one is pretty easy to explain. We came home from church and all kind of just piled onto Heidi’s couch doing our own things. Super simple but so memorable.
I just love the fact that Heidi is under everything and just cheesing it up while Ben, Brad, and I are totally ignoring the world. Haha. 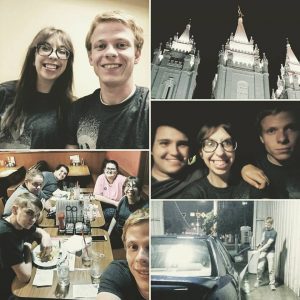 Tonight’s adventures gave me lots of fun memories!
Brad got me an EFY shirt and we accidentally twinned today, so that was fun. Then I helped him sign up for classes and job search. He asked me to help him with his resume and cover letter tomorrow! (Well, technically, I volunteered myself…) I feel super smart, guys!!
Eli came to join us and we watched a move. As usual, I fell asleep. I woke up and we all started talking. It was past curfew for me to be at the boys apartment, so we headed back to my house to take me home. We got there and realized that we didn’t want to call it yet so we waited for Ashley to come downstairs so we could go wash Brad’s car…at 1 in the morning.After we did that, the four of us (Brad, me, Ashley, and Eli) dropped off the car and walked to temple square. We sat down and talked about life. It’s. So nice to be able to have deep, spiritual conversations with my friends in a regular basis. Ben and Jacob met us over at the reflecting pool after a little bit.

We stood there all talking about different things for a while longer before someone mentioned being hungry. That comment set everyone off. We didn’t realize how hungry we all were. We walked back to the lodge. After a long, indecisive discussion we all piled into Jacob’s car and headed to Denny’s!!! Milkshakes, smoothies, burgers, and nachos… Yummy!!

Now it’s 5. I’m in bed, slowly crashing from my nap and sugar high. I’m so glad I have friends that love me!! 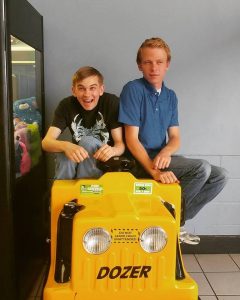 We often all go on errands together. We call it “going on an adventure.” It makes things sound a lot cooler than they really are. Haha. This picture was taken at Walmart. Right when you walk in, there’s this little kiddie ride. We walked past it and Ben yelled that we needed a picture. Brad climbed in and I took some really silly pictures. This one was everyone’s favorite. 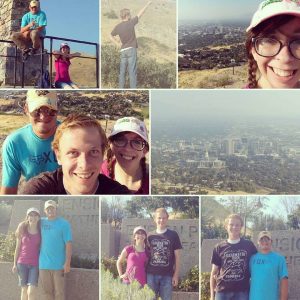 We planned to go hike Ensign Peak probably right after I had met these friends…so since the end of June. Brad was always busy with EFY so it had to wait until after the summer was over. Only three of us showed up, but it was super fun! I got to know Tyler a little better, hang out with the boys, enjoy the sunshine, and hang out with my friends. It was my first time EVER to make it all the way to the top!! I’ve gone and tried so many times. I usually make it about half way before I have to call it quits. Hooray for healthy hearts and great friends!! 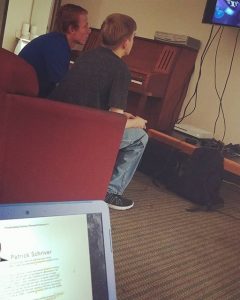 This has been my view today. I love being with these boys…even if that means I’m stuck doing homework while they’re playing games. I have decided that I’d rather be with them doing nothing instead of doing something fun all alone.

(Explanation time! These boys are wonderful. I love them so much. Brad had called me and invited me to come over and hang out with him and Ben. I really didn’t have time. I explained to him how much homework I to do – projects, papers, assignments… You know, normal things that stress me out because the semester was ending. He laughed and told me to take a deep breath. I obeyed, not really feeling any better. He told me that I should gather all of everything I needed to get it all done and come over. I spent the day…and the next day stressing about everything with friends. It was really nice to have them there to talk me down when I started getting too overwhelmed.)

Meet Tina the alpaca. She is Ben’s new best friend. Last night, he commandeered my phone and downloaded the most random game. It’s basically Pokemon but with alpacas!! It’s the dumbest thing ever. 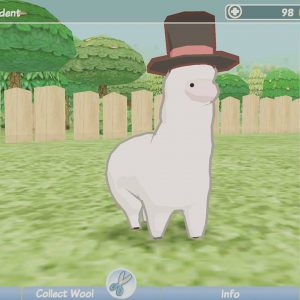 Today we all had breakfast before adult responsibilities had to get done. I turn around and there’s Ben just sitting there playing this game!! “Ben…why don’t you just download it on your phone?” “It’s on your phone so I’m not on it all the time. It’ll only be when you’re around!” Thanks friend… 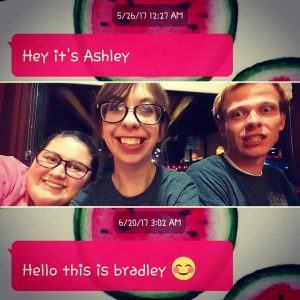 I was talking to Ashley the other day about it. Like, with our friendship we physically can’t go a whole day without at least talking to each other!! She was gone last weekend and we were literally texting each other THE WHOLE 36 hours she was gone. It’s like we can’t even function without the other person around. As for Brad… He’s become my “adventure” buddy. When I’m with him, everything turns into something fun, no matter how boring the job is. He comes with me for blood draws, I go with him for chiropractor appointments, we go grocery shopping, watch movies, play games, do homework, get slushies, go to the bookstore, or just sit there doing nothing. We are ALWAYS together and it’s ALWAYS an adventure!

It’s crazy how attached to these people I am. Yeah, I have other friends I enjoy spending my time with but if Ashley or Brad or BOTH aren’t around, I feel lost. That’s not very healthy, is it?

Anyway, look at the dates on the screenshot of these texts. These are the “hey, here’s my number” text you always feel obligated to send when you meet new people. I’m surprised that I haven’t had to delete them given how much I text Brad and Ashley!! Guess I have more storage on my phone than I thought. Haha.

They have become my family. I really don’t know what I’d without their love, support, and influences in my life. I have been truly blessed. ❤