Sorry, pretty slow getting this post up…. Wow… It’s been almost a month since the last one. I can’t believe how fast time is passing, and how very “normal” life feels sometimes now with all its busy-ness and near-chaos. I’ve been reflecting on a lot of things lately, reading back-posts, noticing little details and special parts of our story we really didn’t share on the blog, realizing exactly how much time has passed and how much has changed in our lives, and felt a great urgency to blog and get our story back online, so to speak. So, here’s the first of many posts in the coming weeks….

Sarah had transplant and liver clinic appointments last week, and we had a wonderful couple of days down in Utah again. The boys and I were out of school for our Fall Break, so we made it an overnight trip to visit Grandma & Grandpa Brown, too. Bryson got sick the day we left, so we tearily left him home with Rachel and Daddy. Seriously. It broke my heart watching those giant alligator tears run down his face when I told him he couldn’t go. I was so emotional. It felt like we were leaving him behind for a week or more. Separations are kind of hard for some of us now, and he’s such a sweet ray of sunshine, we were all disappointed he had to stay home. He did alright though, and ended up feeling much better by the next day, thanks to his Daddy’s TLC.

After our arrival Wednesday afternoon, Julie, Lexi and Zack Alexander came over and played with toys and had dinner with us. It was so fun to see them again, catch up, and see how great our little Zack is doing, too. It also made us happy that Grandma adopted and loved them, almost as her own. After they left, the boys spent the evening in the hot tub and Sarah and I played Yahtzee with Grandma and finished a puzzle set up in the living room. The boys really didn’t need to go to sleep before 10:30, did they? 🙂  The next morning, Sarah and I headed to Primary Children’s bright and early, and the boys spent the morning eating caramel sticky buns and playing in the hot tub. When he got home from working at the Temple, Grandpa played ball with them and the neighbor boy, and then took them to the park in the rain. We all had a great time and enjoyed our visit so very much.

Sarah’s appointments went so well. Dr. Jensen said her liver is doing great. The MRI she had a couple of months ago shows that the nodules are still not cancerous, but are just regenerative tissue, and all her numbers allow us to conclude that her liver is functioning within normal levels. Being on immuno-suppressants, her cancer-fighters are blocked, so we will need to repeat the MRIs for a while still, just to keep an eye on things. Dr. Jensen thinks we can spread them out until we’re eventually only doing them once or twice a year. So, that’s really, really good news. He has concluded that the heart issues were causing all the swelling, all the albumen loss, and basically all the issues she was having, so the transplant has not only fixed her PLE, but also seems to have helped her liver fibrosis (at the very least) to not get any worse.

The transplant team decided to keep her on prednesone (steroid) for just a little longer. Her levels are good, and she’s on the smallest dose possible. They did cut one of her three doses of mycophenolate (immuno-suppressant), so she’s only taking meds three times a day now instead of four. They also looked at her list and decided to taker her off her aldactone. That’s a diuretic, and it’s one she’s been on for almost forever. It’s one of the first ones they used when her swelling started with her PLE about 7 or 8 years ago. She’d been on it ever since. Losing that one is pretty huge. Everything was just good. Her echo and lab numbers looked great, and it seems that her heart is healthy and happy. The super big news is that they said we didn’t need to come back to clinic again this month, and they’d just see her when they do her base-line heart cath and biopsy next month, on the 22nd. I counted the weeks, and that’s one day over six! Six weeks between appointments, between trips to Salt Lake! I just don’t know what we’re going to do with ourselves. I’m certain, however, with a little more of the blessings we’ve gotten so used to, we’ll manage. 🙂

Nearing the end of the visit, Dr. Everitt asked Sarah what she’s been doing lately, and if she was getting out much. She told her about church and some trips to the movies and lunch. With apologies to Sarah, I clarified a little and mentioned that I was concerned that she wasn’t “getting on with her life”…. Then the tears started (for both of us) and Dr. Everitt talked with her a little bit about her fears. Up until about 3 months ago, when she came home, she hasn’t had a reason to even think about the “rest” of her life. It’s been survival mode basically since her high school graduation. I can’t imagine how difficult and scary that must be to look at a wide-open future you never imagined you’d be allowed to have. I was told to back off, and let her make those decisions one at a time, when she’s ready to, and allow her the time to take the baby steps she needs to take. (Hmmm…I think she’s told me to back off a little before…never thought of myself as a controlling mom before….) Then she told Sarah that she wants her to be back at work again by the next time we go in. So since I’ve been commanded to simmer down, I’m glad the doctor gave her a goal to work towards. She always does what they tell her to.

I end my thoughts tonight with gratitude for another handful of blessings and good reports. As we inch ever nearer to the six-month mark, I find myself freaking out a little, too. This is huge, this chance Sarah has been given. We are so very grateful–so inexplicably grateful–that someone else’s decision made in spite of their sorrow has given her this chance. It’s not always going to be easy. I’m certain though, that it will always be worth it. 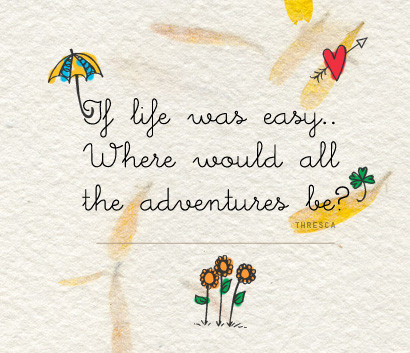