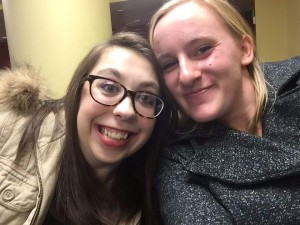 Meet Megan! I’m not sure why but one day she just showed up with her stuff everywhere. She insisted that she was my new roommate.  I didn’t want to argue with her about it because she’s kind of scary… Haha! Just kidding. She’s an absolute sweetheart! She is so wonderful and I love having her as a roommate! 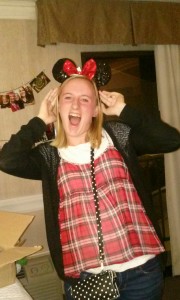 Living with her the last three months have been so much fun! We have decided that we’re not very good influences on each other though. When it’s homework time, we goof off and don’t do anything. I sure have loved having her around. She’s from California. She loves Disney, Netflix, Taylor Swift, and Chick-fil-a. She makes me laugh, both with and at her. We have spent several long nights talking, laughing, and playing games. 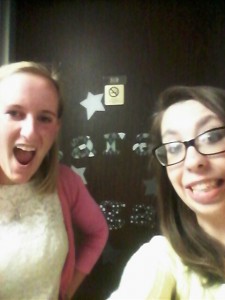 After living with her for three months, I have discovered that she gets weird when she’s sleep deprived. We have so many jokes! My favorite thing is when she has no-filter and tells me secrets. BACKSTORY: So, for about two weeks I have been getting these random emails for websites that I haven’t even been to. The other night, she said, “Sarah. You’re going to kill me but I was doing a research paper for class and I subscribed you for like ten different economic and investing websites.” 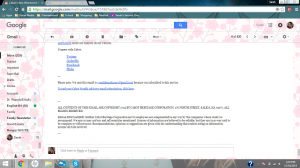 There was one time that we were doing homework and realized that it was about one in the morning. We decided to go to bed, she checked the weather. “Sarah!! It’s going to rain at 2! Get out of bed. We are staying up!!” That’s what we did, we stayed up and played games. When two rolled around, we looked outside and to our disappointment, there was no rain. We grumbled and got into bed. We stayed up for a few more hours talking and laughing. It was fantastic….until our 10 o’clock classes came the next morning. 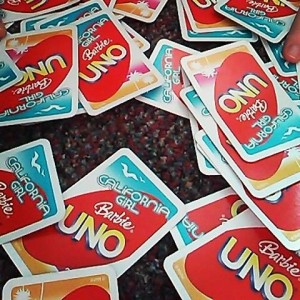 Megan, you were a cutie little freshman when I first met you. You had no friends, so I let you borrow mine. Look at you now! You’re all grown up! No longer a freshman…or cute and little. Haha! You have your own friends (and I know you pretend to not love mine more). I love you so much. Here’s to three more months of living with one of my best friends! 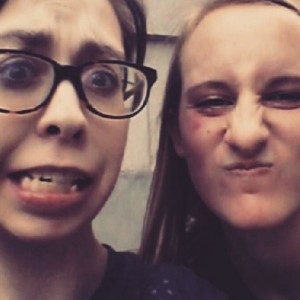